At the basic level, everyone should have a working knowledge of mental health — only then can you truly live a fulfilled, well-balanced life. Your overall wellbeing is dependent on it. It impacts your ability to carry out your duties effectively and your relationship with others.

However, in some select groups of people such as police officers, a working knowledge of mental health is a need — a survival skill. It is germane that they build on their understanding of mental health because of their vital role in the proper functioning of society.

Police officers’ ability to manage their emotions and have a good grasp on understanding the psyche of others is a matter of public safety and concern.

The police force is central to maintaining societal order. The people who man the force need to be well-rounded and mentally balanced individuals. In this blog post, we will explore why police officers should be well-grounded in their knowledge of mental health.

Police officers are humans first — they go through emotional turmoil like everyone else. The rigors of day-to-day functioning take their toll, especially in a profession as demanding as policing. Aside from the emotional strain of the profession, they have personal issues like every other person — divorces and losing loved ones, among others.

We owe a duty of care to ourselves, and police officers are not exempted. The pivotal role the police force plays in maintaining law and order cannot be stressed nearly enough. Bearing such great responsibility is immense pressure, and eventually, it can tell on the psyche of one who carries such a burden. Having to deal with multiple stressors and triggers makes police officers susceptible to mental breakdowns.

Studies have shown a higher rate of burnout and mental health issues among officers of the law. This finding is not surprising considering the rigorous demands of the profession. Reports from the National Library of Medicine on mental health states almost 25% of the police force have experienced thoughts of self-harm, with higher rates of burnout, depression, and anxiety among them.

Aside from that, many law enforcement officers rarely seek mental health care. Triggers such as fear of injury, imminent danger to their families, and close relationships with victims of crimes can lead to anxiety and depression. Substance abuse as a coping mechanism is also rampant among officers.

While these facts may seem alarmingly high and concerning — disturbing even — thankfully, the solution lies in knowledge.

For these reasons, it is imperative that police officers have a good knowledge of mental health. They are armed with information and can look out for themselves. They can recognize their triggers and the signs in others that might signal the need for mental care and take appropriate steps in self-care.

The proverbial spotlight was shone on mental health some years ago — the effect is an increased understanding of the role of mental health in the overall wellness of a person.

A law enforcement officer who is well-balanced mentally and versed in mental health knowledge can provide effective security services.

At its core, policing is dealing with people — from colleagues to irate suspects and their lawyers, victims, perpetrators of crime and the general populace.

Relating to people, especially from a position of authority, requires some level of emotional intelligence. Mental health knowledge equips the police officer with the prerequisite skills to navigate difficult situations with people and defuse tension.

Police officers have access to arms and ammunition. Accidental discharge, wrongful firing of arms, threatening others, or illegal use of force reported in the police force can be a manifestation of an underlying mental illness.

A good recognition of the signs of mental illness or a decline in mental wellness both by the affected police officers and their colleagues will reduce such incidents.

As a matter of public safety, officers of the law should be versed in mental health.

The incidence of mental illness has been on the rise in recent times and while there are arguments in some quarters as to the reason for this, the undeniable fact is that a sizable portion of the population lives with mental illnesses.

In their line of duty, police officers are bound to come across such people. If well-equipped with mental health knowledge, they can make informed decisions as to what action to take. For example, how should a situation be de-escalated? What is the best course of action for a person in recognition of their prominent symptoms? What responses should be deployed? Is this a crime committed with intent, or a manifestation of a mental illness?

The final decisions might not lie in the hands of the officers. However, the immediate response affects the outcome for the individual in the long run.

For the benefit of the largely stigmatized people living with mental illness in our society, the people in authority need to have, at the very least, a working knowledge of mental health.

The relationship between psychology and criminology has been a subject of scientific studies over many decades. There is a difference of opinion as to the relationship and findings of various studies, however, a recurring central theme is that a close relationship exists.

Psychology can explain why certain people are more likely to commit crimes than others and the behavioral patterns of perpetrators of crime.

Knowledge of mental illness can help law enforcement officers recognize its signs and symptoms. Recognition of these illnesses helps the officers to adjust their behavior and responses accordingly.

The responses, when appropriate, can prevent violence, traumatizing experiences, and the worsening of a bad situation. The Washington Post database on police shootings reported that in 2019 the police shot 1017 people, 25% of whom had mental illnesses.

Using psychology in law enforcement can help in the reduction of repeat crimes as well as the management of the propensity for victims to seek retribution. Psychology also plays an immeasurable role in the interrogation of suspects and in obtaining information from eyewitnesses.

Police officers who are adept at managing mental health issues, and are mentally aware and mentally competent, have a unique ability to improve their career prospects. Not only do they have important skills that will help them effectively conduct their duties, but they are also in a better position to actively pursue an improvement in their career. An officer who is plagued by anxiety and cannot manage it can hardly have time to compete for any promotions or role elevation within the force.

How police officers can improve their understanding of mental health

We have already established how important it is for police officers to understand mental health. The big question then is, how do they gain this knowledge?

The first and most accessible way to gain an understanding of mental health is to seek knowledge about it. There is a vast number of resources available to learn on the internet. The onus is on the police officer to absorb as much information as they can.

Reading about mental health consistently from reliable sources such as medical journals can help police officers build an understanding of what mental health is and how to manage their mental health and that of others in law enforcement.

Self-learning can also take the form of following credible platforms on social media that help to demystify information on mental health. The most important thing when practicing self-learning is to seek out credible sources of information.

For some officers, due to their position in the force or their specialized roles, they will have to do more than have a basic understanding of mental health. Their knowledge must be vast in all things psychology, emotions, and mental health.

For this category of officers, there might be a need to take on advanced training such as a Laurier Online BA in Criminology and Policing. This degree prepares you for a career in law enforcement, criminology and public safety with focused techniques and real-world experience.

Another avenue through which police officers can gain the prerequisite mental health awareness and skill is through workplace training.

On-the-spot training within the place of work not only creates a way for officers to improve their mental health, but it is also an avenue to facilitate open discussions about mental health issues within the force. When officers are being trained, they can easily express what they are experiencing emotionally and mentally because they are now better equipped to do so.

Workplace training also aids in the de-stigmatization of mental illness, thus creating safe spaces for officers to express themselves.

The popular mantra, ‘see one, do one and teach one’ among medical practitioners, comes to play here. After actively learning about mental health and consciously putting it into practice, coaching others is another way to gain a mastery of the skills learned. The police officer can teach other officers what they have learned by creating mini-support groups within the unit. Another way to go about it is by senior officers teaching the less advanced colleagues.

Tips for managing your mental health as a police officer

We have established that police officers are more prone to mental breakdown and illness than the general population, owing to the nature of their job.

Here are some tips for managing your mental health as a police officer:

Police officers are trained to be dogged and resilient. This is a necessary trait for any police officer. However, there can be a downside to this as many officers shut down their emotions and refuse to talk about their mental health. As a result, many suffer in silence and do not get the help they need.

As a police officer, it is important that you ask for help whenever you need it.

Isolation can exacerbate mental stress and a lot of mental health issues, causing them to manifest in rather surprising ways. As a police officer, it is healthier for you to build a support system of friends, family, and even colleagues that you can rely on during difficult periods at work.

High-pressure incidents that can cause a great deal of mental stress will occur during your career as an officer. This can become worse when you have not done your job properly. Acting outside the rule of law, especially in the use of force, can activate feelings of guilt in police officers in instances where things get out of hand. Hence, it is better for you as an officer to always act as the law permits.

There are times law enforcement becomes frustrating — it could be from bureaucratic bottlenecks or dead-ends in an investigation. Hobbies are a great outlet to relax and relieve the tension from work. Having a hobby or other pursuits outside of law enforcement helps police officers build a well-rounded life and robust mental health.

The pursuits can be in sports, art, gardening, or volunteering for a social cause. It might even be providing safety training for younger people during your free time. Anything that makes you happy outside of work is a good place to start.

You should however make sure that whatever hobbies you choose are not in contravention of your code of conduct as an officer. 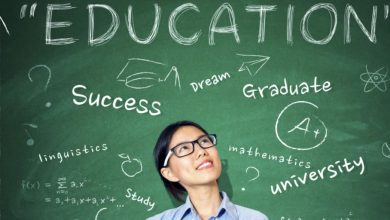 Pursue a Meaningful Education in IT 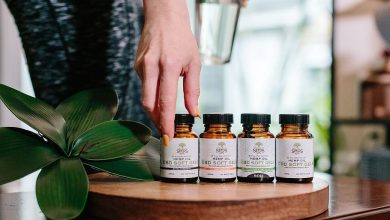 The advantages of Traditional Educational Toys

Learn Korean Online With Free Streaming Beginning Over The Following a few minutes!